I promise to talk about jewelry in this post, but I thought it would be fun to look at some of the eras of British Royalty, including the current British Sovereign, Queen Elizabeth II. We refer to some of the past eras as Georgian, Victorian, or Edwardian, but have you ever referred to the current reign of Queen Elizabeth II as the Elizabethan era? No? Me neither. Is it because we are past the stage of defining an era by the name of the current reigning British monarch? Does it go beyond that? Do we really even need monarchs and royalty anymore at all? We had an Elizabethan era already(1558–1603). Do we really need another? Does anyone care?

As I write this post, it is inauguration day in the United States. Our President is the only public official elected by the entire country. Our President is the only public official holding a national office who has term limits. Franklin D. Roosevelt died during his 4th term as President, and is still the only American President to be elected to a 4th term. Even at that, he served as President for only 12 years. As we all know, our President, and his influence is great. Imagine if our President could remain in office for forty or fifty, or even 60 years or more. Think of the influence that person would have over us all. Look at the table below. From Queen Anne in the early 1700's to Queen Elizabeth II, who sits on the British throne now, there have been only 11 Sovereigns over a period of 310 years! That is an average of 28 years, 2 months! Many of these Kings and Queens exercised great influence over the entire world.

During the original 'Elizabethan Age', Britain was expanding its power and influence around the world. Today's Elizabethan era (if we choose to call it that) is overseeing a time when Britain world dominance has been waning for decades. Britain no longer holds dominion over many countries, such as India, Burma, Ceylon and Palestine. They lost control of the Suez Canal in the 1950's. And the most recent evidence of the decline in the British empire was in 1997, when Hong Kong was handed back over to the Chinese. On Queen Elizabeth's coronation day in February of 1952 everything was still so very good for Britain. So good, in fact, that the announcement that a Brit, Sir Edmund Hillary, had ascended Mount Everest, was made on the day of the coronation. On that day, it was very good to be British. Ever since, the British empire has become smaller, and weaker.

The sad truth of Queen Elizabeth II's reign is that she has overseen the demise of Britain as a great global power, the transformation of culture and class, and the shrinking of the British economy. However, to her credit, there is a strong sense of British pride. Perhaps, this has become her most important challenge, to see that British pride lives on in the face of everything else. After all, it is the duty of the Queen (or King), to remain politically neutral. Their longevity is rooted in their avoidance of politics. Charles and his sons, at times, expose a political leaning on occasion. It is unwise to do that because they could lose the support of the half of their people who disagree, politically, and a dissolution of the monarchy would not be far behind. So, who is to blame for the fall of the British empire? Politicians, or a neutral Sovereign? I suppose that is a topic for another day.

Queen Elizabeth is Victoria's great-great granddaughter (and Queen Mary's granddaughter). In 2015, she surpassed Victoria as the longest reigning British monarch in history. Prince Charles will become King when his mother either dies or steps down, and he will be called King Charles III. After that, Prince William will likely be William V.

So, what about the jewelry?

The royal family's jewelry collection is truly museum class. Though most of us might only ever own one or two family heirlooms (if any at all), the royal family actually makes sure most of their jewelry stays in the family for years to come. According to Town & Country, the British royals have been doing this for centuries. That being said, the pieces of jewelry aren't always passed down in their original form. They are sometimes redesigned, altered, and even broken down into smaller pieces. "Pieces are often modified to better suit current tastes or to be more wearable for an individual woman," jewelry expert Ella Kay told Town & Country.

I strikes me that we here at Flora Gems do the same thing, really. We take items that have been passed down through family generations, and remount the diamonds and gemstones "to better suit current tastes or to be more wearable for an individual woman." So far, no queens or kings have come into either of our two stores, but we do love it when our customers entrust us to re-imagine their family heirlooms, turning them into future heirlooms.

Have a look at the Lover's Knot tiara. Beautiful isn't it? This is classic Edwardian design, having been made in the early 1900's. 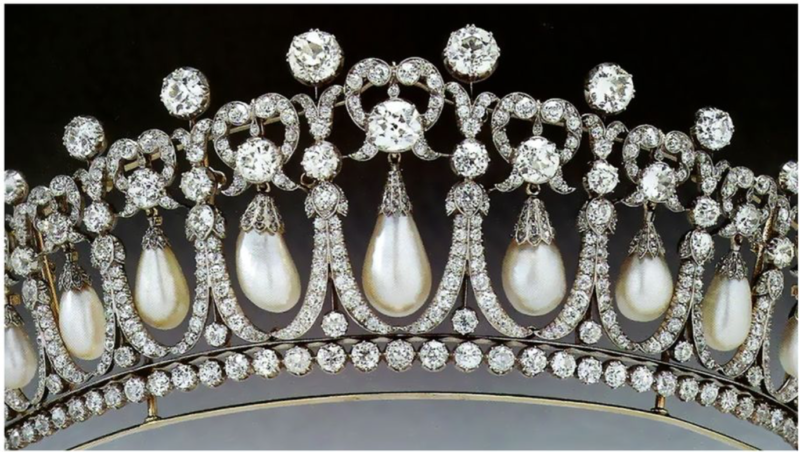 Look closely at Queen Mary, Queen Elizabeth, Princess Diana, and Kate Middleton (the Duchess of Cambridge). Can you find the one tiara that does not match the others (even though it is the same tiara in each picture)?** 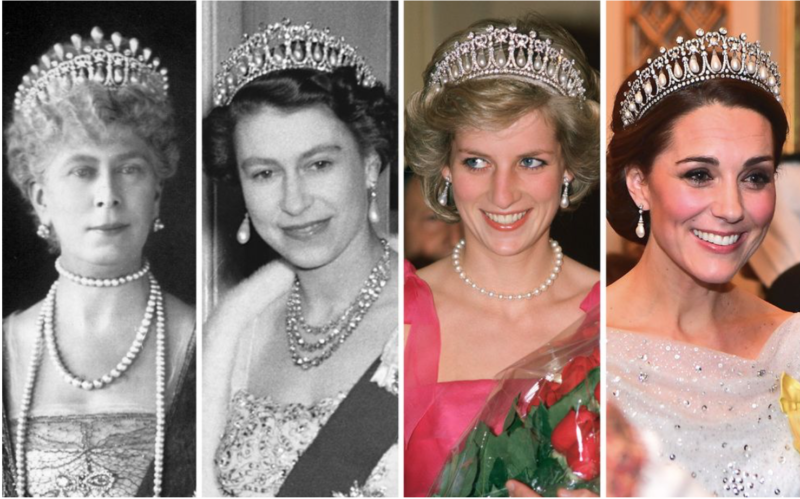 Queen Mary had the tiara made in 1913, and when she died in 1953, the headpiece came into the possession of her granddaughter Queen Elizabeth II, who lent it to Princess Diana. After Diana’s death, it wasn’t publicly seen until Duchess Kate wore it to Buckingham Palace in 2015. Since then, it’s become one of Kate’s favorite tiaras.

The Queen “doesn't give the jewels as gifts—they still remain part of her personal jewelry collection—but she allows family members to wear them on a long-term basis,” Kay explains. When Queen Mary ordered the Lover’s Knot from the House of Garrard, she supplied some recycled material: one of her existing tiaras, the Ladies of England Tiara. The Lover's Knot originally had 19 upright pearls set along the top, but they were eventually removed, leaving only the suspended pearls in place.** 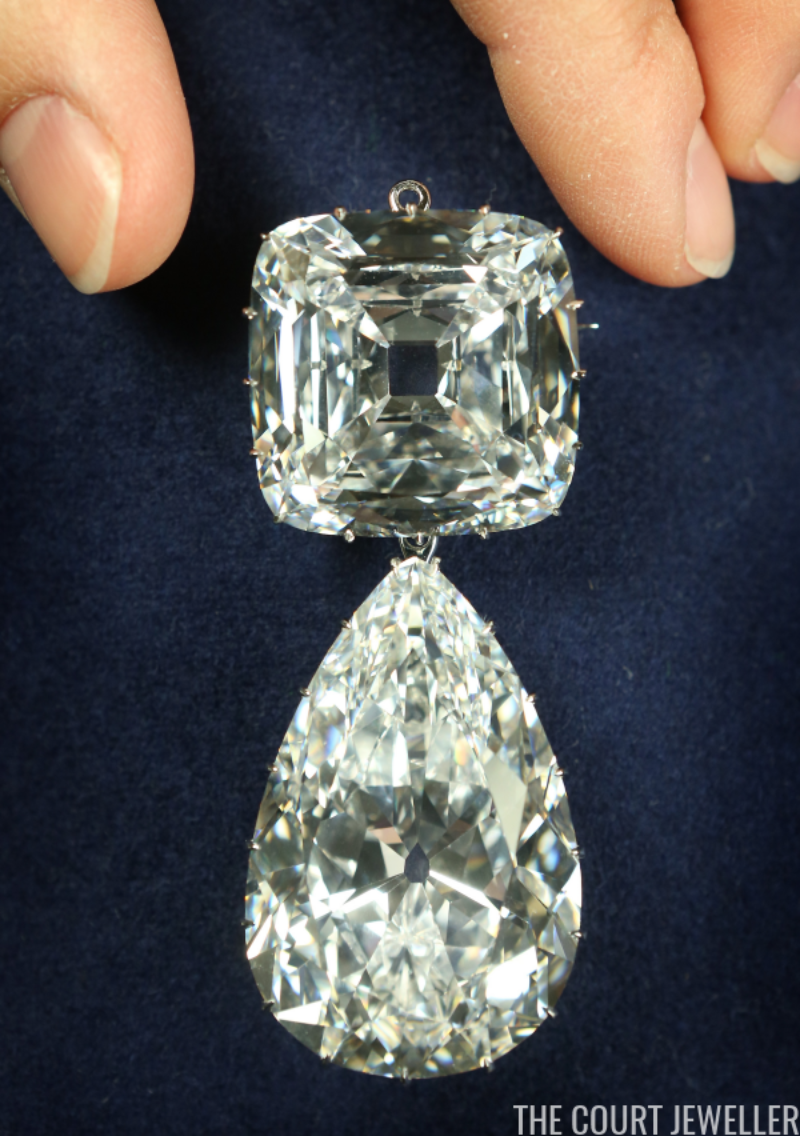 So, that's a lot of dreaming; isn't it? The question is... can you also have beautiful British Royal jewelry? Ummm. No. You can't. Neither can I. But, can you own a part of the past by owning a piece of Victorian, art deco, or Edwardian jewelry? Yes, you absolutely can.

Here are some examples of Victorian and Edwardian jewelry available right now at Flora Gems Champaign, and Flora Gems Decatur. 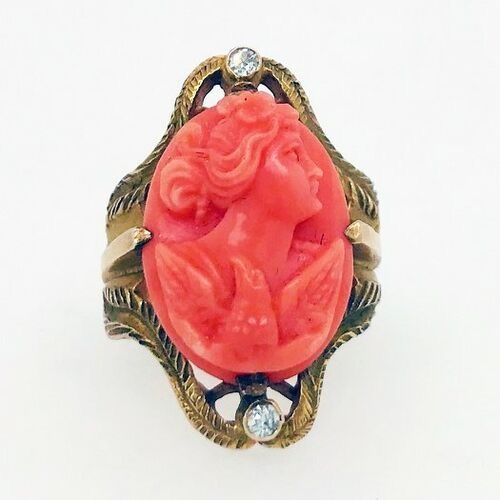 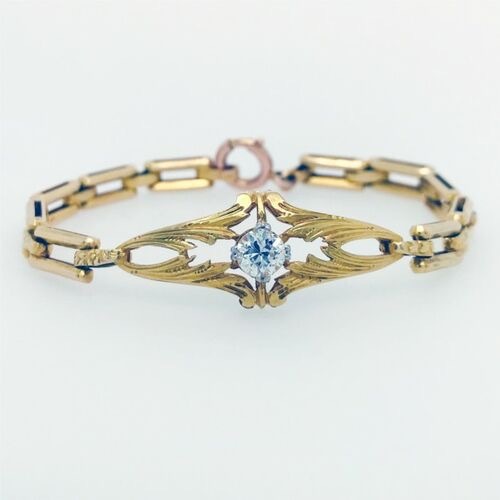 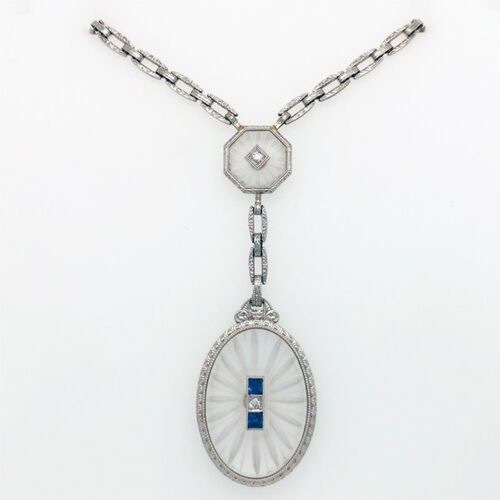 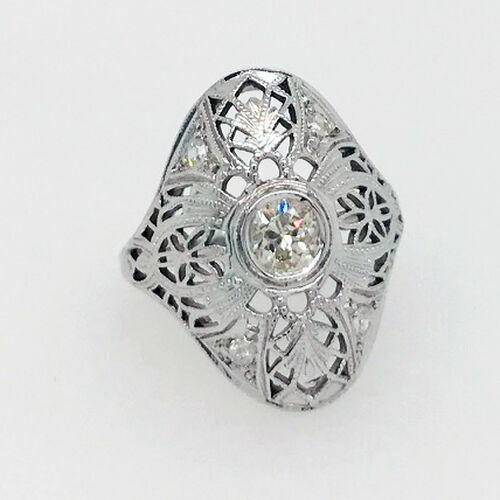 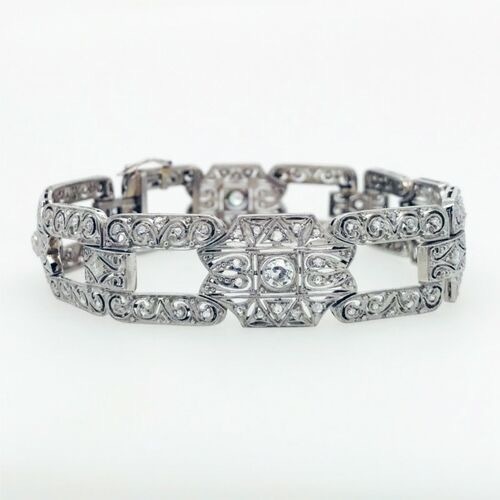 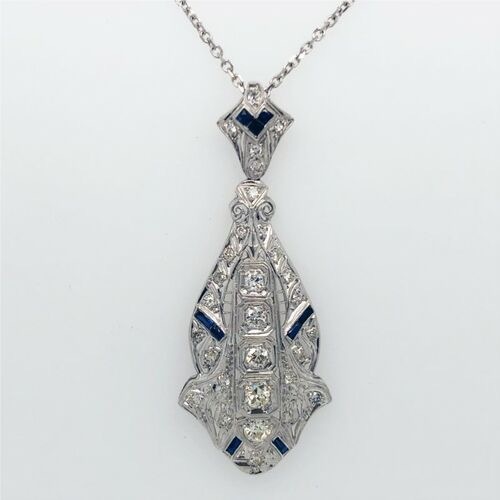 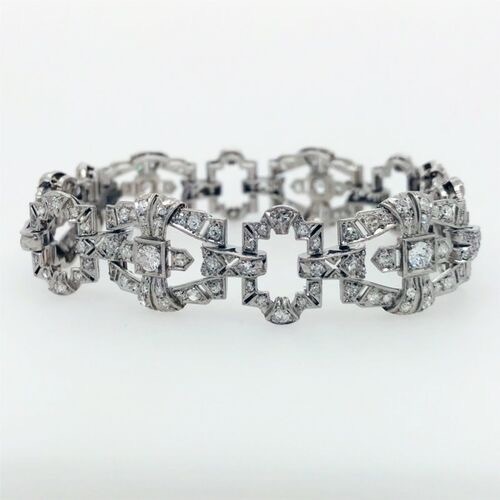 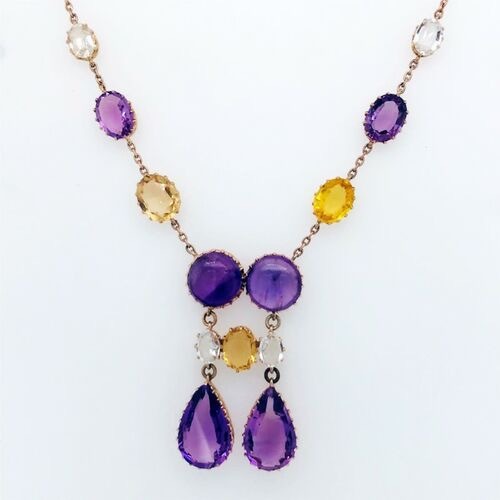 And remember, we are always buying this type of vintage jewelry. If you are considering selling your fine vintage jewelry, please come into either one of our locations and speak with our estate buyers, and receive a very fair offer on your fine Victorian, art deco, and Edwardian jewelry. 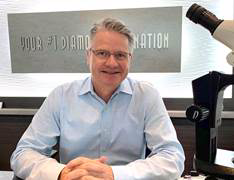